Hospital Facilities equipped to carry out the following:

Flight enclosures are used to: 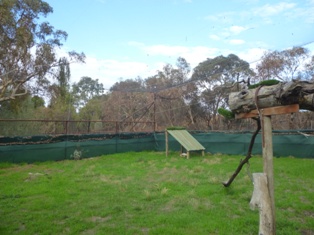 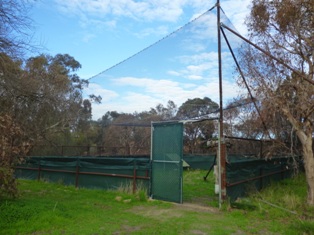 Traditional Hack enables a soft release providing supplementary food whilst the young birds gain hunting skills, just as a raptor is naturally supported by its parents for a short time before becoming independent. The feeding chute at the rear of the box avoids any association of humans with food, thus preventing imprinting. 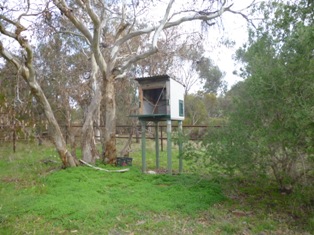 Raptors are taken into care only if a substitute nest cannot be erected in a nearby tree. Some species can be put into another nest of the same species. It is crucial that expert advice is sought as soon as a nestling raptor comes into care, so that the a plan of action which most benefits the bird can be made on the day it is found, not days or weeks later.

Hacking prevents imprinting. Imprinting is when a bird is raised and fed by humans, with often little or no contact with other birds (of same species). An imprinted raptor is unreleaseable, psychologically impaired and the damage cannot be reversed. The bird cannot recognise its own species and therefore if released, may seek out humans to mate or find food. Not only dangerous, this is a harrowing experience for the person/s involved.

Another disadvantage which can result from the release of an imprinted bird, is the loss of available territory. The imprinted bird (should it survive anyway) may defend a territory without ever breeding – therefore taking away the territory of a wild breeding pair.

REMEMBER – imprinting can occur after as little as 1-2 days of hand feeding a raptor. The damage is irreversible and preventable.

Contact an experienced raptor carer for advice as soon as a young bird of prey comes into care.

Buy a mug and sponsor a raptor's care Dismiss